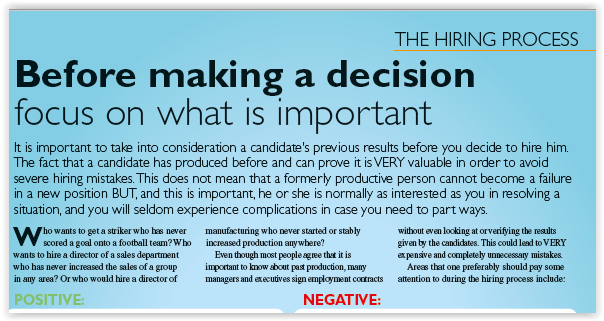 < Linda Steele & Steve Hansen: If you have productive, honest, and loyal staff, you can train them in anything you need
Περιοδικό
How to prepare >